The laser unit engravings on the Y axis are backwards! The numbers increase opposite to the way the tool moves. I brought this issue up on yahoo groups to confirm and it is correct but I don't know if it has been changed by Sherline (as if 2001).  Disregard them. I put a piece of "trim sheet" (black vinyl sticky covering) over my axis to cover them up.  Hopefully Sherline is getting this fixed (I assume they have).
I found the edge of the Y axis is not perfectly perpendicular to its axis when I converted to CNC. This edge was filed down until I noticed zero movement (vertical or horizontal) at the tip of the leadscrew while tightening down the stepper motor mounts. Check yours for minimal binding.I found the Z axis mount is not perfectly perpendicular to its axis. I put a thin shim under the stepper motor mount (a broken piece of single edge razor blade) and made sure the leadscrew did not move while tightening the bolts. Try to keep the movement smooth through out the axis. 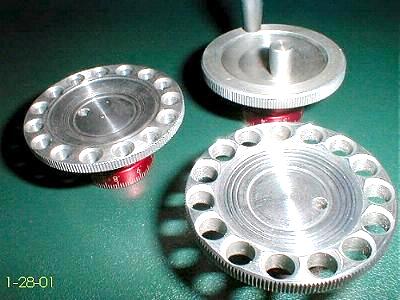 I decided to lighten my wheels and give them a fancy look!  I first   turned   them thinner and mounted them on the rotary table. Divide 360 degrees  by the number of holes you want and that's it! Turn the table, drill, turn the table, drill!  Wa-La, beautiful handles! After mounting them, I found the machine would vibrate when the handles would spin.

I STRONGLY suggest that you balance the handles for CNC use. I would also remove the "little handles" off the wheels for safety and balance. 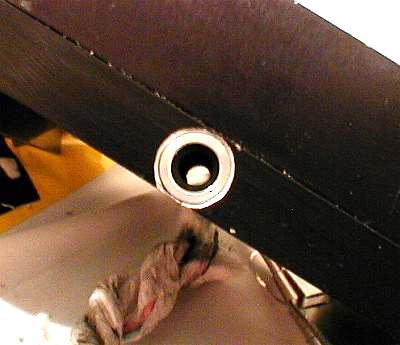 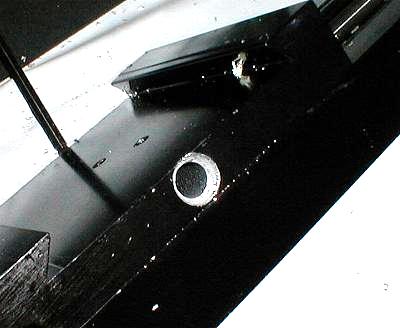 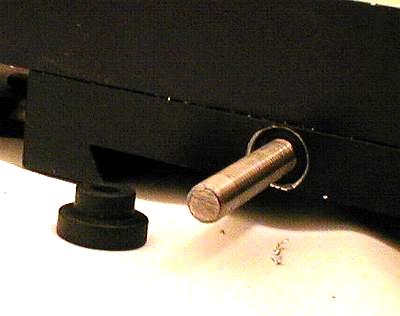 ​By far one of the most things I dislike about the the Sherline mill is the lack of leadscrew covers to protect the Y-axis. For now, I have added leadscrew wipers to keep the chips out of the nut and inside the Y-axis base. This is a spin off of Sherline tip# 17, thanks Larry (click   HERE to see many other great Sherline tips too). Reason it's modified is to prevent the loss of any axis travel.